Edgar Allan Poets have boldly taken a stand to bring awareness to the plight of the indigenous tribes of America in their aptly titled new single and video, “Watch”. In this video, vocalist Chris Is portrays a cowboy, presumably descended from original colonists, who forcibly invaded the land that would someday become the United States of America. Throughout this invasion, the homeland, culture, dignity and identity of the native peoples were painfully stripped. Instead of working alongside these people peacefully, respecting their traditions of unity with nature and other human beings, these settlers gave native peoples a choice—either assimilate or face the unthinkable. 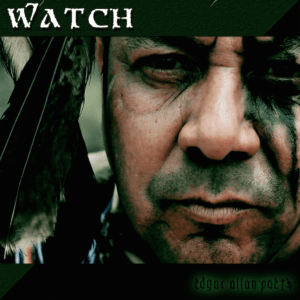 Even today, Native American culture is misunderstood by the general population and the people themselves remain tucked away in the isolation of reservations, where pain, suffering and sorrow continue to this day. These people face the challenges of living between two worlds, struggling to preserve their heritage with pride while also adapting to and living with modern American culture as many of us perceive it. If more people took the time to empathize with this divide between the “modern” and the indigenous, feelings of shame and sorrow would bring forth the need to ask for genuine forgiveness.

STAY TUNED WITH E.A.POETS, SUBSCRIBE TO LISTEN TO OUR NEW SONGS!

This emotion is the inspiration behind “Watch” (directed by Chris Is, assisted by Kevin Michael and featuring aerial photography by Bill Jackson). The plot opens with a guilt-ridden cowboy (Chris Is), struggling with the need to offer an apology and seek forgiveness from Native Americans on behalf of those who have wronged them. In his search for peace of mind, he approaches members of the Paiute Shoshone tribe, who initially express fear by his presence. The unique aspect of this video is that the actors (Ray Rivera, Edward Gallegos and John Velasauez) are in fact Native American, cast with the help of Melissa Carmichael and Saginaw Grant. Grant is a respected and influential Native American motivational speaker, dancer and actor, who appeared in the film The Lone Ranger (2013) as Chief Big Bear.

While the cowboy roams in his grief, he approaches the three men who are performing a ceremonial dance inspired by the Ghost Dance, calling on their ancestors to protect them from the stranger in their midst. Fear and uncertainty on both sides lead to a touching moment, symbolizing a gesture of extended apology and returned forgiveness with hope for the future.

When there is true love and forgiveness, we can “watch” for signs of change for future generations.

Edgar Allan Poets are proud to release their video and single “Watch” on June 17th, 2015.