A McDonald’s in Florida is paying $ 50 to aspiring workers who show up for a job interview, but it seems that despite the payoff, the initiative isn’t attracting many candidates.

McDonald in Florida Pays $50 For A Job Interview

Regular checkin to how the labor market is right now… pic.twitter.com/pPq6zbCiah

Blake Casper, the franchisee who owns the restaurant (he owns about sixty, all McDonald’s, all in Florida), said the idea of ​​the interview reward came to him after the CEO told him to “do whatever it is necessary to do ”to hire workers.

And so he did: even at the cost of paying them even before hiring them. The problem, which also happens in other parts of the world, seems to be the lack of staff, who prefer to stay at home given the higher unemployment benefits. According to Blake Casper, it has never been more difficult to hire workers since the late 1990s. 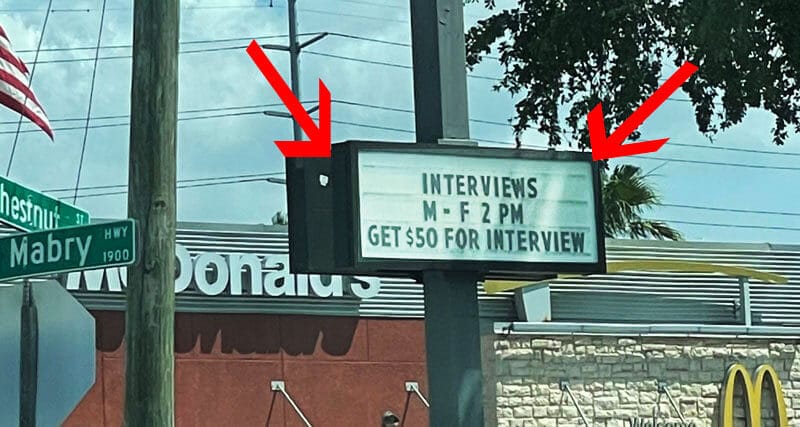 “There’s a perfect storm in place right now,” Casper told Insider. “There are a lot of people with a lot of money and they’re out there shopping. And then there is the downside, with us desperately seeking help “.  He has found more success with referral programs and allowing people to apply via text message. Just last week, his 60 restaurants hired 115 new workers but he still needs more people.

McDonald in Florida Pays $50 For A Job Interview