Freddie Mercury and Brian May find themselves on stage for an eternally thrilling moment. It happened in Birmingham on June 12th and moved all the fans. For a moment Queen were together again.

During the performance of Love of My Life on the big screen behind Brian May, the legendary Freddie Mercury appeared.

Brian May & Freddie Mercury Duet Made All Queen Fans Cry

The two duetted as they always had in the past. For a moment there was the illusion of seeing them again on stage together.

Who knows what went through the mind of the British guitarist who many times during his career had turned around and had Freddy by his side. This time, however, his hand could not touch it.

Also in this case two parallel dimensions have crossed creating a kind of space-time passage that has united the two friends for an eternal moment of love. 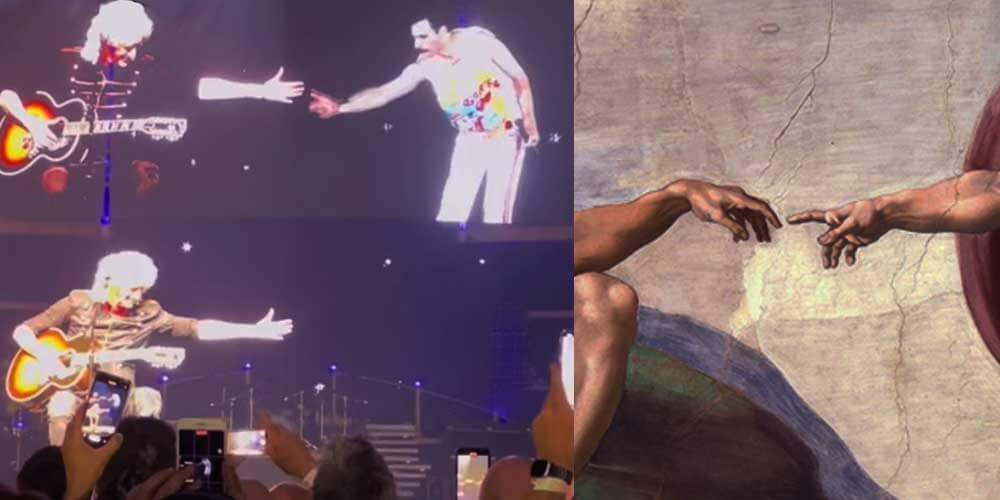 Queen with their music have marked generations of fans and still today they continue to do so. Their success was reinvigorated by the beautiful film Bohemian Rapsody which told the story of the band.

The successes of Queen are numerous but unfortunately in the distant November 24, 1991, Farrokh Bulsara aka Freddie Mercury died of Aids.

Many other wonderful songs would have been written, but the repertoire they left us is so great that the irreplaceable leader of Queen still seems to be here with us today.

Brian May & Freddie Mercury Duet Made All Queen Fans Cry

This is the magic of music, it makes its authors immortal.

If you like slow, romantic, sad songs we suggest you Vague Illusion by Edgar Allan Poets