People paid to cry at funerals was a very popular tradition, especially a while ago.
Having someone in despair at the funeral shows that the deceased was loved, powerful in life.

This type of work, because although strange it is a job, it had lost popularity but now it is slowly coming back into fashion and can also become an important source of income.

Would you do this job? Respond in the comments below.

Apparently, in China, it is possible to earn up to $ 28,000 (200,000 yuan) a year for crying at the funeral of unknown people, this is what a woman who lives in rural Henan province in China said. The woman claimed to have managed to support her family for several years thanks to this unique job.

During an interview, the woman stated that she had worked, for the past 20 years, crying during the funeral and that she was able with this job to buy a house and pay the university expenses of her eldest son.

The only thing that is required is to attend the funeral of unknown people and to grieve as if it were the disappearance of a close family member, crying and complaining aloud.

In ancient times, the figure of the “prèfica” was a woman who was paid to cry during funerals, however, in many countries, the tradition of crying for a fee during funeral rites remained until the 1950s.

The origin of this tradition comes from ancient Egypt, where it was believed that the crying of people at funerals was able to purify the soul of the deceased from sins committed in life, thus facilitating their arrival in the afterlife.

The woman claimed that she received about 40 euros for crying for only 30 minutes and that she had managed to earn more than 25,000 euros in just one year.

There is also an evolution of this work as this tweet suggests: 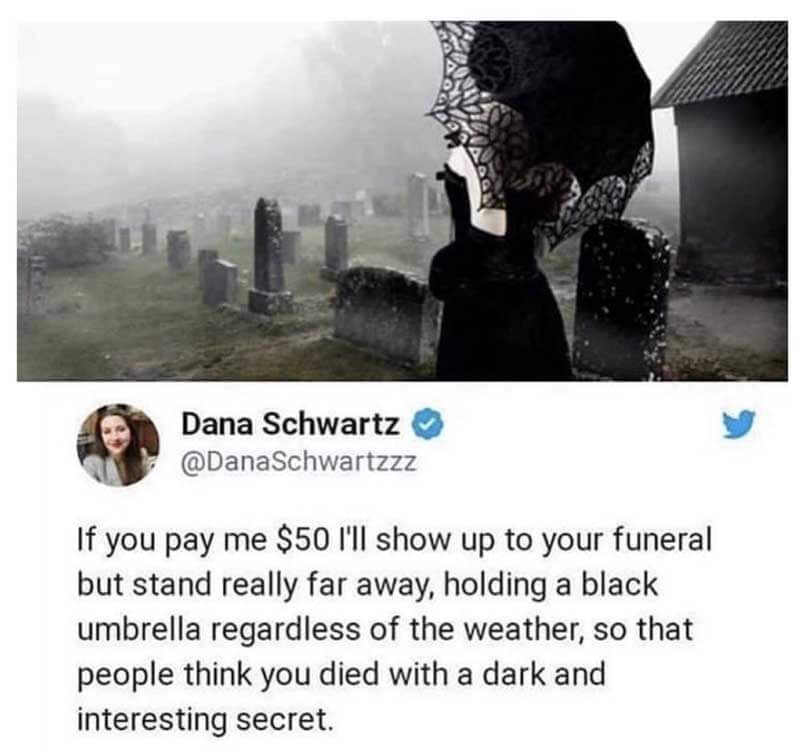 So prepare the tears and go and earn your bread!