Edgar Allan Poe only earned $ 9 for “The Raven” and obviously, he couldn’t pay the protagonist much. Our dear Raven today to survive has organized himself and with some friends, he found a foolproof way to bring food to the table.

A feared gang of thieves has targeted customers at Costco in Anchorage, Alaska. But these are not human rogues: they are crows, smart and intelligent animals, who have learned to steal food from the shopping carts in the parking lot. With a predilection, moreover, for top quality meat, fillets, ribs. The unsuspecting victims of their raids often realize too late that something is missing from their bags, while the crows are already enjoying the delicious banquet.

The escalation of misdeeds was reported by the Anchorage Daily News, which collected numerous testimonies from clients of Costco. Marnie Jones and her husband, for example, had bought a pack of four filet mignons, which had fallen on the floor while they were loading the car. They saw it and recovered it just before leaving, but once they got home they found that one of the fillets was missing. Only then did Marnie reconnect: she had seen a crow in the parking lot with a steak in its mouth, but at the moment she hadn’t given it any weight. 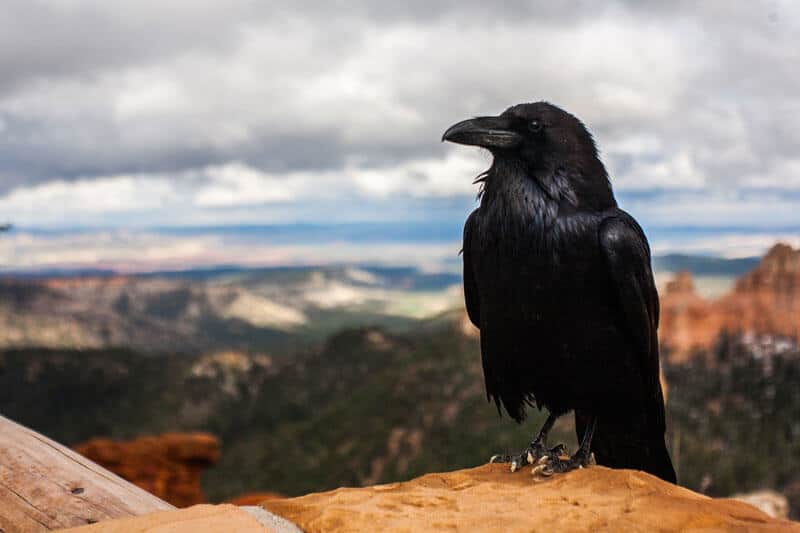 The parking bandits are smart and resolute. They do not always act alone: ​​indeed, according to some, they form a real criminal organization that applies advanced tactics. They happened to be acting in pairs, one bird distracting the victim by croaking loudly, staring at the victim from the roof of the car and hopping around, the other on the ground, stealthily, slipping the food off the cart.

Biologist Rick Sinnott explained to the Anchorage Daily News that in winter, crows arrive by the hundreds in the city, where it is easier to find food and he also says:

“Ravens do very well in this city, but they much prefer — I would guess if I was thinking like a raven — a package of short ribs from Costco to half of a hamburger bun from McDonald’s.”