The beloved Sanderson sisters are preparing to fly once again in 2022, as the highly anticipated sequel to Hocus Pocus is finally on the horizon. Disney announced the start of Hocus Pocus 2 for Disney + last year.

Now, on National Streaming Day, the company has confirmed the release year for the film and has revealed also that the stars of the first movie will return.

Hocus Pocus 2 will debut in 2022 and will see the return of Bette Midler, Sarah Jessica Parker and Kathy Najimy. The actresses starred in the original 1993 film as Winifred, Sarah and Mary Sanderson, witches of the past who were accidentally summoned to the present by unwitting teenagers. 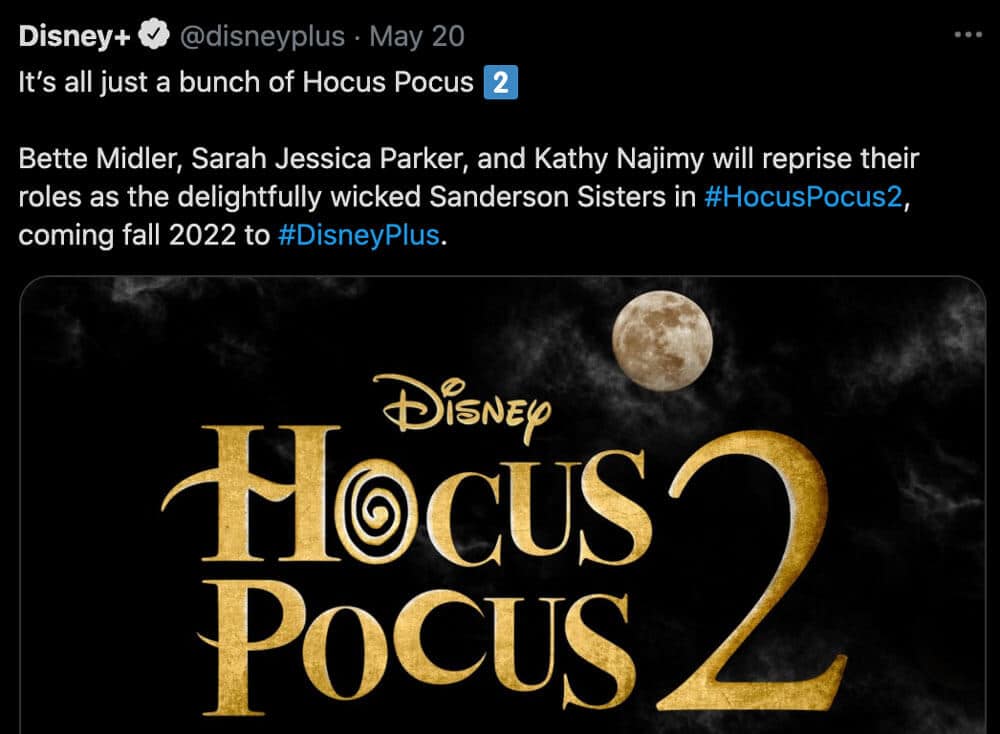 In the new film, something similar will happen when three young women will bring back accidentally the Sanderson sisters to today’s Salem and they will try to figure out how to stop the child-hungry witches from wreaking a new kind of havoc on the world.

In addition to confirming the cast and revealing the release date, Disney also announced that Hocus Pocus 2 will undergo a change of director and plans to start production this fall. Director Anne Fletcher will take over from Adam Shankman, who will serve as executive producer. The film will be produced by Lynn Harris with Ralph Winter and David Kirschner serving as executive producers. Steven Halt will cover the role of co-producer.

The wait is almost over so let’s start making popcorn.