Just Enough Room Island, located in the so-called “Thousand Islands archipelago” on the border between the United States and Canada, measures approximately 310 square meters, making it the smallest inhabited island in the world.

The island was bought by the Sizeland family in the 1950s. In order for their land area to be recognized as an island, and therefore part of the Thousand Islands archipelago, according to the law it had to meet certain requirements: to have an area larger than one square foot, to remain emerged all year round and to have at least one tree. The trees were missing, so the owners started planting some. 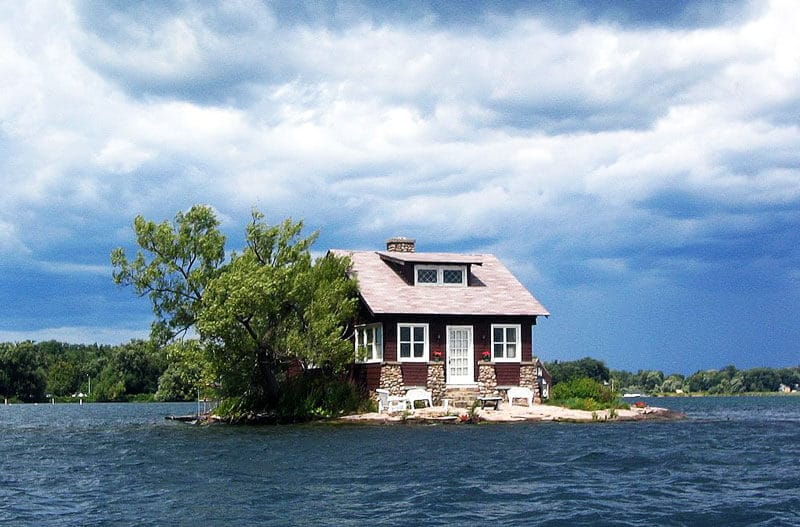 What Sizeland didn’t expect was Guinness Records knocking on the door as soon as their small property (at the time called “Hub Island”) gained its official island status. Before this happened, the title of the smallest island in the world belonged to Bishop Rock, just off the Isles of Scilly in Cornwall, which however has almost double the surface. After the recognition, the Sizeland family decided to rename the island Just Enough Room Island, to celebrate its small size.