A young Canadian man found an unusual solution to boost self-confidence: he tattooed almost his entire body (including face, hands and legs) in bright blue. He now claims he enjoys life much more than before. 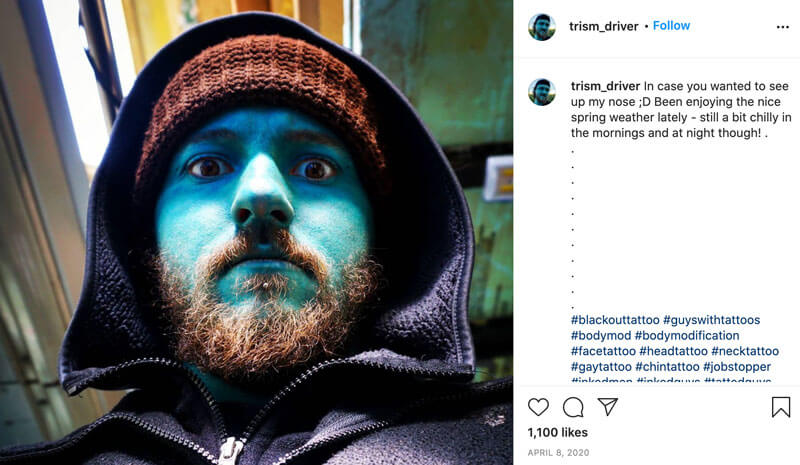 Donnie Snider, a former warehouse worker from Scarborough, Ontario, Canada, began coloring his body blue three years ago, and is now nearly done. Confrontation with a Smurf is almost inevitable at this point.

It all started when he asked his sister to tattoo part of his leg and foot in a bright blue color – he liked the result so much that he kept adding blue parts, until he decided he wanted the whole body in that color . 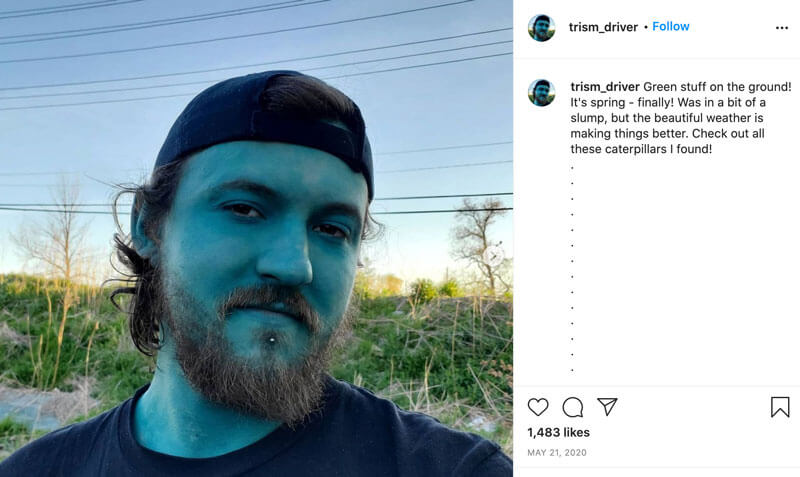 Donnie explains that before, he felt trapped by conformity and suffered from “lack of self-confidence,” and this change gave him new enthusiasm. “I was extremely unhappy, I decided to stop hiding, get out of stagnation and transform my life,” Snider said. “It’s like living life in a ‘strange way’. It’s definitely amazing, and I think it’s a beautiful color ”.

The 26-year-old admits that finding a job is now more difficult, for now, he earns something by making and selling jewelry and telling his adventures on Instagram.

“I feel a renewed optimism about the possibility of achieving my dreams,” he said. “I could become a billionaire or move to Mars. Or keep selling earrings. “

Donnie says his bizarre skin color generates all kinds of reactions, from thumbs up, to people trying to see under his clothes to see if it’s actually all blue, to those trying to scrub the paint because they don’t think it’s permanent.