On April 18, 1906, an earthquake of magnitude 7.8 hits San Francisco. The damage caused by the earthquake is enormous, but the fires that break out are even more devastating. In this historical and rare video we can see the devastation caused by the most terrible natural disasters in the history of the United States.

It all began at 5:12 am, off the Sant’Andrea fault, with a ‘waving branch’ along all the American coast of the Pacific.

The high number of victims (3000) was initially underestimated by the authorities. It was thought that only in the areas closest to the epicenter, that was around the Daly City coast, about 480 individuals had died, but this was not the case.

As with the 1923 Kanto earthquake, which destroyed the cities of Tokyo and Yokohama, the San Francisco earthquake did more damage after the waves settled rather than on the spot.

The reason lies, trivially, on how the buildings of the time were structured. In 1906, in fact, US homes were, primarily, built with simple brick and wood – following the principles of Victorian England’s urban architecture. 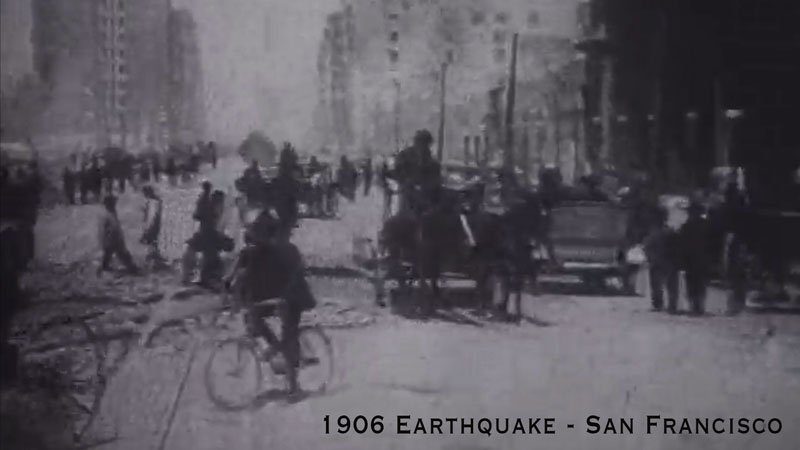 When the earthquake started, a good percentage of buildings began to collapse on themselves, but the real damage followed when a series of violent fires, which especially hit the suburbs.

According to the latest estimates, at the time of the earthquake, the displaced people were between 225 and 300 thousand and, at the time, San Francisco had only 400 thousand inhabitants.