In the Central Kalahari Game Reserve in Botswana, a very special sighting was made by a tourist.

Jess Isden was looking at the animals through a pair of binoculars and suddenly he was faced with something very strange. An antelope that had something hardly recognizable between its horns.

The Antelope That Coexists With Spiders

Something looking like a plastic bag that immediately made those present at the safari think that it was something related to pollution.

The guide then decided to go closer to see what this strange thing really was.

Once they got closer they realized that the incredibly strange thing that wrapped the antelope’s horns was not a plastic bag but a spider web.

By looking carefully you can see how the web continues even on the face of the animal until it reaches the nose.

This is a really weird phenomenon as many guides in Botswana have been doing this job for many years and they have never come across something like this before. 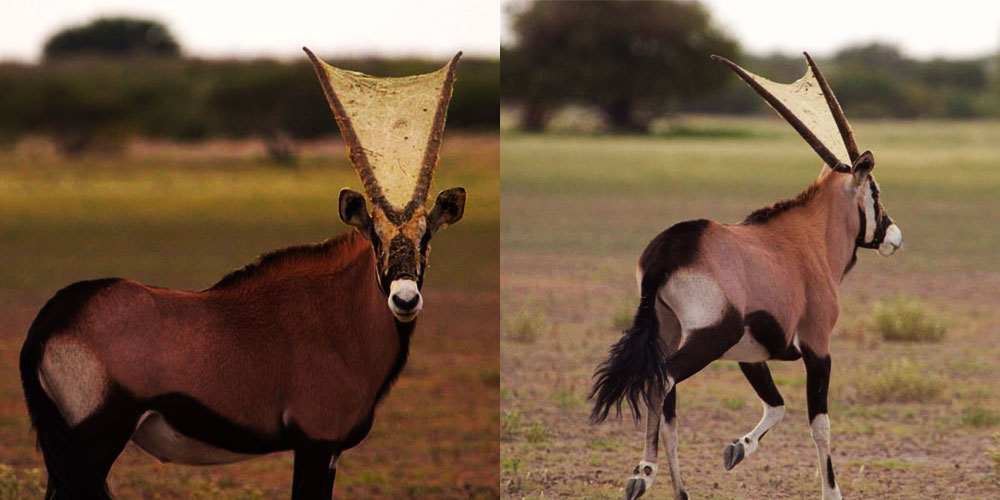 The group observed the animal for a few days to see if it somehow wanted to get rid of the spider web but with amazement, they realized that a sort of peaceful coexistence had been created between the oryx and the spiders.

Those present have noticed two spiders walking quietly on the spider web between one horn and the other of the oryx.

Once more, animals teach us that coexistence even in very particular conditions is always possible if we place ourselves with the right spirit in the face of life’s problems and unforeseen events.

The Antelope That Coexists With Spiders