Freddy Krueger Fire Pit is an absolutely fantastic work of art for all horror lovers who want to stay warm while watching their favorite movie.

A meticulous job…seeing the flames coming out of Freddy’s eyes is a fascinating and terrifying experience at the same time.

Imagine having this thing turned on in the garden before going to sleep, I’m sure some nightmares are going to ruin your pleasant rest. But if you want to impress your friends on Halloween, maybe it’s worth risking a few sleepless nights. 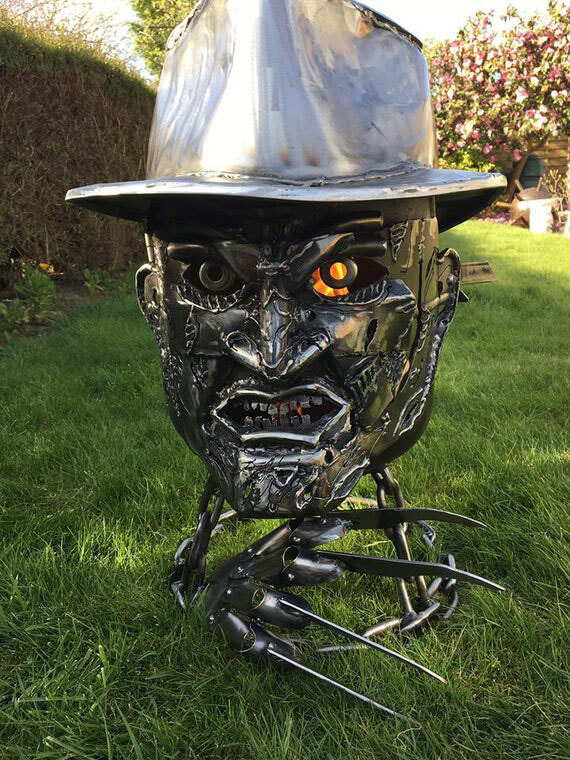 Freddy Krueger is a “nice” janitor who in life enjoys “playing” with the children of the school where he works: he kidnaps them and then kills them using a glove with sliced-roast blades. The man is eventually discovered and the town doesn’t take it too well, so the school’s parents decide to burn him alive. But Freddy doesn’t seem to like it even in Hell, so he becomes a monster and returns to kill anyone in their dreams and in the cruelest way possible.

You can buy this great product HERE