Normally, the first spring rains bring dozens of earthworms to the surface. However, recently and due to heavy rains in a city near New York, a kind of “worm tornado” has developed, which has left scientists speechless.

This ‘Worm Tornado’ Is Real 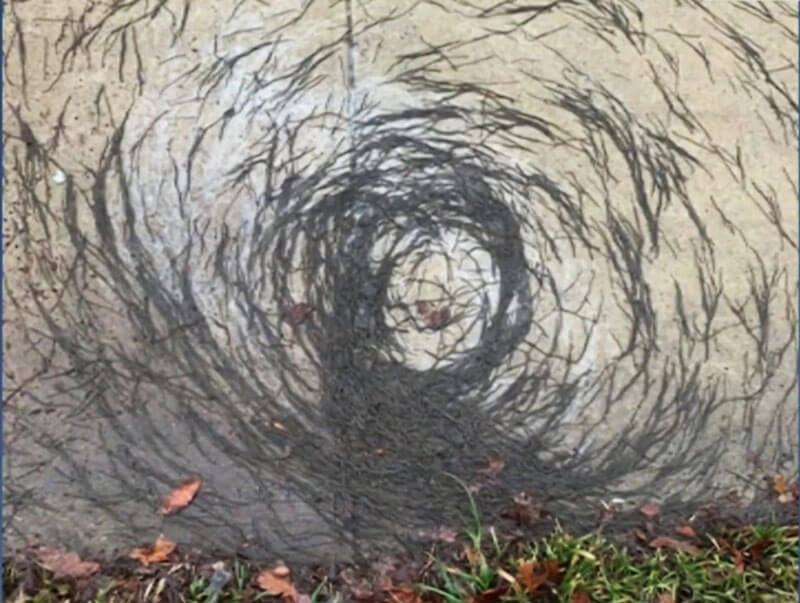 A local resident, in fact, noticed on March 25 a number of worms that had formed a shape similar to a cyclone. Intrigued by this strange phenomenon, the woman sent the photo to Tiffanie Fisher, a member of the city council of Hoboken, who shared images of the “worm tornado” on Facebook.

Why was something so bizarre created? Since worms breathe through their skin, when heavy or persistent rain saturates the soil with water, the worms have to tunnel to the surface or risk drowning. Although they are solitary creatures when they are on the surface many times they form a “group” and communicate with each other about where to move.

Earthworms of the species Eisenia fetida also form clusters and “influence each other to select a common direction during their migration” using tactile signals. “The cause of the” worm tornado “, however, is less clear than expected, according to Kyungsoo. Yoo, a professor at the University of Minnesota.

Experts,  do not know why these earthworms formed this cluster, but most likely they were “pushed” by the flow of water.

This ‘Worm Tornado’ Is Real